Skip to content
Posted on July 20, 2016 by Erinn Liebhard

Our 2016 Rhythmically Speaking choreographer orientation/ program kick-off meeting pretty much totally looked like this (except those people are models and not actually us, and there were four rather than seven people video chatting in, AND we were using Google Hangouts not Skype, but we were all smiling just like them!). We were all smiling not only because we share a love for the discussion topic of jazz and rhythm-driven dance, but also because this meeting was going much better than we (well, at least I) thought it would!

I for one am a big proponent of getting people together IN THE ROOM. Physical presence. As creators and performers of live dance, I can say with an amount of confidence that my colleagues agree. That said, sometimes it’s impossible to get everyone you need physically present in the room. This is where we ended up for our meeting in May. I was very nervous about accomplishing our goals when less than half of our seven were in the room, but we ended up having what I’d deem the best choreographer meeting we’ve had in our eight year history as an organization!

I attribute this primarily to the conciseness we achieved, which I believe to be the result of somewhat difficult communication conditions. It can be tough for three people watching one laptop to track video and audio feeds that are digitally representing four people while tracking each other, and visa versa! That said, these difficult conditions became a challenge we met by listening carefully and contributing when it was most beneficial. As a result, our meeting was shorter and more fruitful.

So. Modern meetings. Sometimes the bane of our productivity existence, and, pleasantly and surprisingly for me, sometimes totally awesome. Want to see what this meeting got us? Come see the show!: 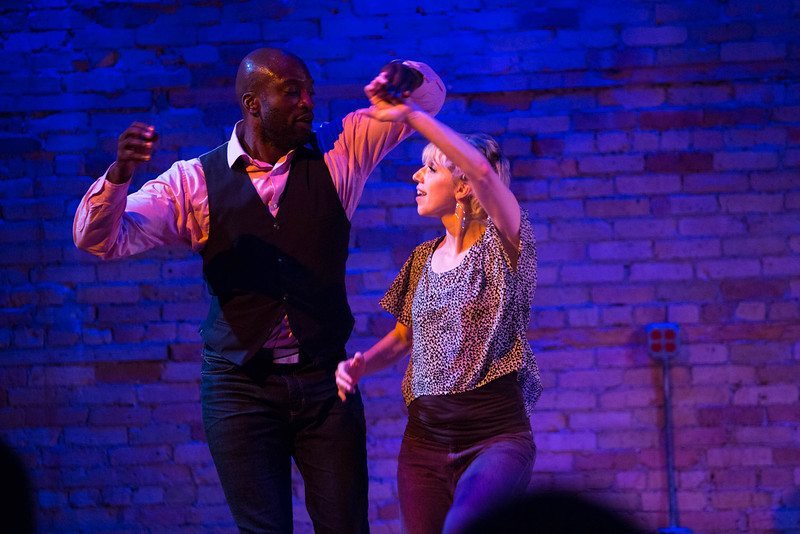